mum friends (or the lack of!)

I didn’t join an NCT group. I thought about it and even briefly looked into it. My midwife said I would like NCT but to save a couple hundred quid I thought that the good old NHS antenatal group freebie would meet my needs perfectly well. Which in a way it did. The one thing that it did not do (and that I now realise are the whole point of NCT groups *face palm*) is lead me to making any ‘mum friends’. There was a surprisingly poor turn out for the classes and only one other mum was due around the same month as me. She was the same mum who had basically bollocked me for drinking coffee on one of the mornings. At the time I thought it was a bit rude, but put it down to me being a massive and sensitive pumpkin spiced latte loving 37 week pregnant whale who had traipsed across town (with my giant feet that only fitted into Birkenstocks) for a morning of talking about postpartum continence .

Many a time over the last 6 months I’ve stopped to think that maybe this mum and baby based social life is not for me.  In general I didn’t know where I fitted into things. I thought I might have to change as clearly I wasn’t ‘mum’ enough. You see, in everyday life it doesn’t matter what kind of person you are really. You find it within yourself to mix with people without having many opinions on their lives or suggesting how they do things. Well, most people do.

But then you have a baby and might try to immerse yourself in the baby world of things and all of a sudden it’s a bloody free for all with regards to social niceties. People have opinions on the best way to do things. And they are willing to share them. We’ve been reading every baby related thing we can get our hands on for the last 10 months and now are fully fledged experts in the best practice of baby raising! And there are camps. Some more militant than others.

I really wanted to meet new mums and make friends during maternity leave. I still saw my non-mum friends and friends with older children but I really wanted some people who had babies and wanted to do baby things. And then have cake afterwards. Ultimately the only thing you definitely have in common with the people present at baby activities is that you are a parent. So this is a safe starting topic for conversation seeming as you are all there for the babies. I always talk to people at baby things. I’m not swapping best friend necklaces or anything, just the normal social pleasantries. As you do. It’s like an awkward first date. You know the things we all say to other mums and dads: “ooh, how old is he/she?” “Do you come here often?” “How many stitches did you end up with?”…Totally kidding about that last one.

I don’t think I’ve quite cracked the mummy pick up lines, but I’ve picked up on how NOT to start conversations though. I had one mum who came up to me at a baby group whilst D was sprawled on the floor face down with arms and legs raised like a mini skydiver absolutely refusing to make any attempt to move and she started the conversation with “My baby rolled over at 10 weeks, how old is yours?”

Is there a competition I’m not aware of where we all try and make each other feel a bit shit? I began to think that having a group of mums I could socialise with and that our babies could play together outside of organised groups just wasn’t something that I would be doing.

Luckily, my sister in law had her baby around the same time as me so I have had a friend to do baby things with. Together we have been attending all the baby groups and activities we can to see if there are any other mums we can do fun things with. The advantages of living in a city is that there is, in theory, something for everyone. For the past 6 months we have failed at this until recently. I got on the bus and every other passenger was a mum with baby. “OOH! Are we all going to *name of very popular local baby group*?” I asked the bus.

Turns out one of them was.

And she was absolutely lovely and funny and even showed us where our local sling library was. Which was ace. And again this same lady (this time with an equally lovely friend!) was there the next week and we all went for lunch after playgroup. Even though we were a mix of breast feeding, bottle feeding, baby wearing, baby pushing, co-sleeping, cot sleeping, baby led and puree wielding individuals. And none of that mattered one bit. I felt like I could just say whatever I liked without feeling like I was making a statement about anything.

Sounds like a good mum and baby time, doesn’t it? I should have instagrammed it with #nofilter. Finally, I might have found some mum friends!

I think my point is to offer a ray of hope to anyone who thinks they don’t fit into any of the mum cliques and might be feeling lonely about it. You don’t have to fit into a clique or category. There are groups of mums out there for all of us. Some of us just have to maybe run into them when we least expect it. Like on the bus. 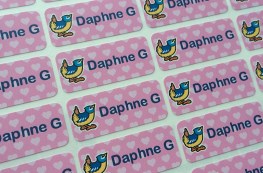 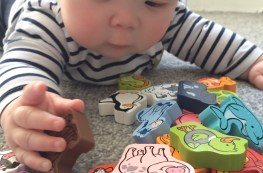